House Claims Life Of Wicked Witch Of The East 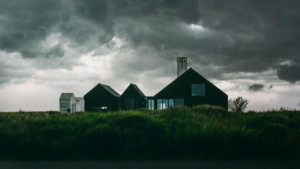 An F3 tornado swept through Liberty, Kan., on Sunday, sweeping a Kansas farmhouse off of its foundation and resulting in it disappearing into the Kansas wind.

The farmhouse was owned by Henry and Em Gale. The Gales lived at the farmhouse with their niece, Dorothy, and her dog, Toto.

The twister touched down in the early afternoon.

Unable to get into her family’s storm cellar, Dorothy sought safety in her bedroom and was knocked unconscious by a window sash.

She awoke to find the house has apparently been picked up and sent spinning up into the air by the twister.

She looked outside the window and witnessed an elderly lady in a chair, several farm animals, two men rowing a boat, and a neighbor pedaling a bicycle who who transformed into a cackling Wicked Witch of the East flying on a broomstick.

The farmhouse crashed in Munchkinland in the Land of Oz, and just as Dorothy opened the door of her house.

Glinda the Good Witch of the North and the Munchkins welcome her as their heroine, singing “Ding-Dong! The Witch Is Dead” – the house has landed on and killed the Wicked Witch of the East, leaving only her feet poking out from under the house.

In the middle of the celebration, the Wicked Witch of the West arrived in a ball of smoke and fire to claim her sister’s ruby slippers, but Glinda transported the shoes onto Dorothy’s feet before the witch can get them.

The Wicked Witch of the West swore revenge on Dorothy for her sister’s death.

Glinda told Dorothy to follow the yellow brick road to the Emerald City, where the Wizard of Oz might be able to help her get back home.

Photos from the Scene 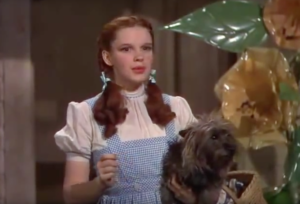 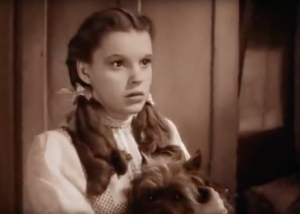 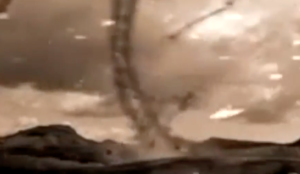 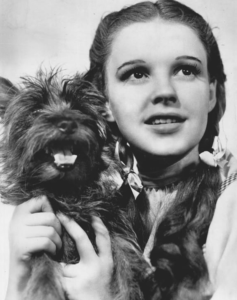 July and Toto in happier times 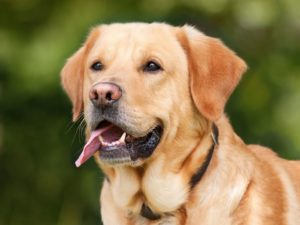 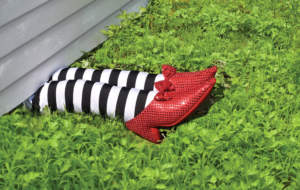 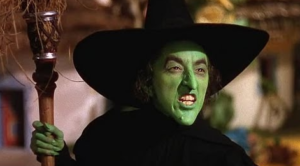 The Wicked Witch of the East 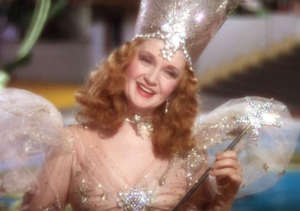